The “Second City” announced a first-rate move this week: starting September 2nd, each of the approximately 400,000 children enrolled in 652 Chicago public schools will get a free meal each school day. It doesn’t matter if you live at a tony address on the North Side or in an underserved community in the south or west parts of town. Breakfast, lunch and after-schools snacks will be gratis, compliments of the feds’ Community Eligibility Provision (CEP).

Turns out all that free-meal paperwork was creating a logistical nightmare anyway. With a growing population of undocumented children in its schools, there was also the nagging problem of there being no Social Security number for some kids to put on free-lunch forms. 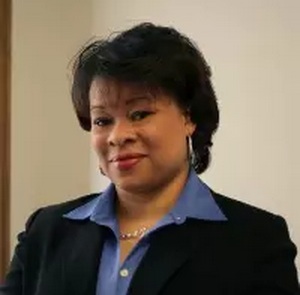 Leslie Fowler, Director of Nutrition Support Services at Chicago Public Schools (CPS), explains another issue: “There was an unintended consequence of the free-lunch program. A hierarchy was created. A student would know that their family had less money because they couldn’t afford to pay for a meal. We have now taken away the stigma for our financially challenged student population.”

To qualify, a district, or just a grouping of schools, must have 62.5% of students qualifying for free lunch. In Chicago, the district number was greater, meaning the entire district now qualifies. Turns out 84% of CPS students, or more than 338,000 children, qualify for free and reduced lunch, so extending the program was not much of a stretch.

This is proven via the state of Illinois identifying every student qualifying for financial aid of any sort and residing in zip codes within the school district’s blueprint.

According to the United States Department of Agriculture, Food and Nutrition website: “The CEP allows schools that predominantly serve low-income children to offer free, nutritious school meals to all students through the National School Lunch and School Breakfast Programs. The CEP uses information from other programs, including the Supplemental Nutrition Assistance Program (SNAP) and the Temporary Assistance Program for Needy Families (TANF), instead of traditional paper applications.”

The math adds up for CPS, too. Reimbursement per meal will jump from $2.93 to $3.01, an eight-cent increase. Add this up over the school year and Fowler estimates up to seven million in extra revenue in CPS’ coffers through the implementation of CEP.

As an added benefit, Fowler notes that issues of food insecurity will be a thing of the past.

“Many families don’t have purchasing groceries at the top of their list. Now, every student is guaranteed a good meal. This will increase performance in Chicago’s public schools,” states Fowler.

It will be interesting to evaluate the results of this program. Perhaps it would work well in the four schools of the Mission Promise Neighborhood . . . or San Francisco as a whole.